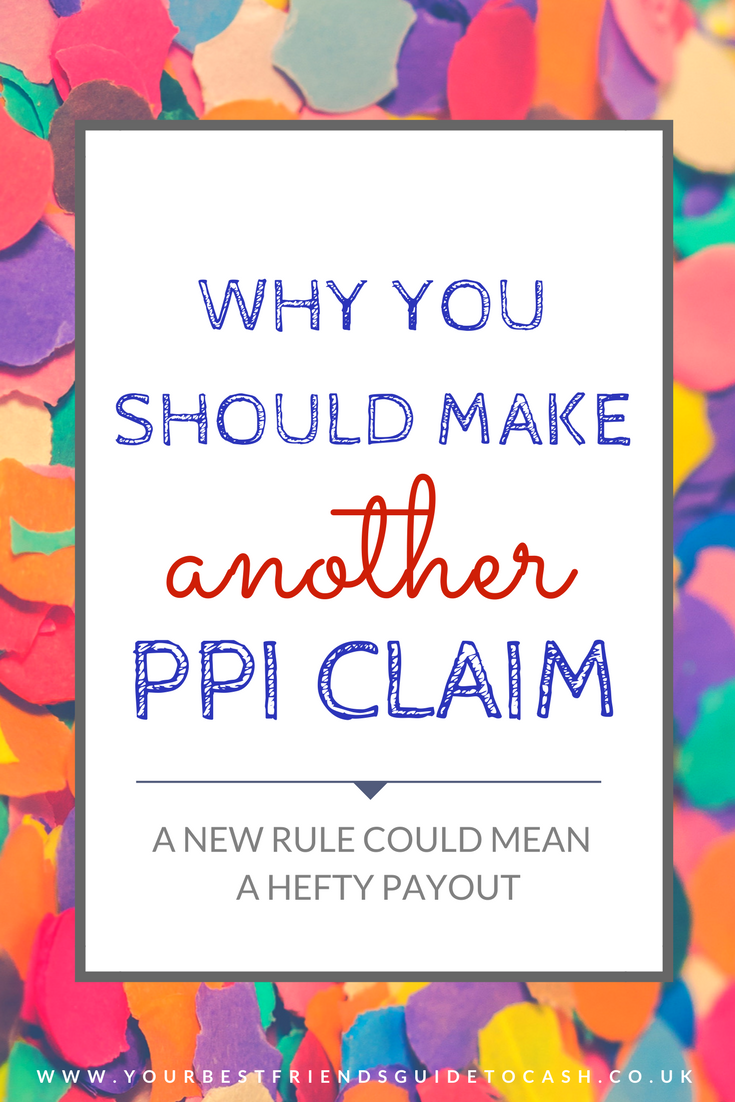 Have you ever made a claim for mis-sold Payment Protection Insurance (PPI) and had it turned down?
Well, all is not lost – thanks to a new rule that came out late last year, there is a new reason that you could be due a hefty payout and now is the time to make another application for compensation.

If you had any kind of credit product, such as a consumer loan, store card, credit card or mortgage up until 2006, when the regulator began imposing fines for PPI mis-selling, you may have been mis-sold PPI. It’s possible that you have applied for compensation already, and been turned down.
But now banks and building societies now must consider a court ruling known as ‘Plevin’ when dealing with PPI claims, meaning you can now claim if more than 50% of your PPI’s cost went as commission to the lender and this wasn’t explained to you.
So, it is worth putting in a new claim – you can be paid back the hefty commission, plus interest.

HOW MUCH CAN I GET MY HANDS ON?

A total of £324.8m was paid out to customers who complained about the way they were sold PPI in October 2017 alone, according to the FCA. This takes the amount paid since January 2011 to £28.8bn.
But new figures out this week from Which?, the consumer group, show that consumers have a significant lack of knowledge of the Plevin entitlement, with 80% unaware of this new potential route to compensation.
This game-changing rule – and name – came as the result of a court case brought by Susan Plevin in 2014. The court ruled that because she had not been told about the huge amount of commission taken from her PPI payments – 71% – she was mis-sold the policy.
Chances are you have no idea how much you paid, as most banks didn’t provide the information – and therein lies the problem. The average commission banks were paid was a whopping 67%, meaning millions more people sold PPI are now entitled to money back – and you could be one of them.

However, it’s important to remember that you’ll only be compensated the percentage difference over 50%, so if your product was 67% commission, you’ll only get the 17% back.

To successfully make a claim under the Plevin ruling, you must have had PPI with any connected loan that was active in or around April 2008 or after.

If you’ve had a PPI claim rejected in the past, you should resubmit it to your PPI provider and ask them to check for undisclosed high commission, as realistically there’s little to no way you could have possibly known about the amount of commission on the product you were sold.

HOW TO MAKE A CLAIM IN MINUTES

If you want to check if you are due a pay out, don’t put it off any longer – check now as there is a deadline for claims and you only have until 19 August 2019.
You don’t need to pay a claims-management firm to find out whether you had PPI and to get money back on your behalf; you can do it for free and it will literally take you just minutes.

The Which? PPI tool, for instance, is a simple online form that guides you through the information you need to make a PPI claim and sends the claim directly to your PPI provider, regardless of whether you have any of the paperwork or not.
Major banks and building societies now signed up to the tool include Barclays, Santander, HSBC (M&S Bank, First Direct, John Lewis, HSBC), RBS (Natwest, Ulster Bank), Lloyds Banking Group (Halifax, Bank of Scotland) and Nationwide.

So, get cracking! What have you got to lose?