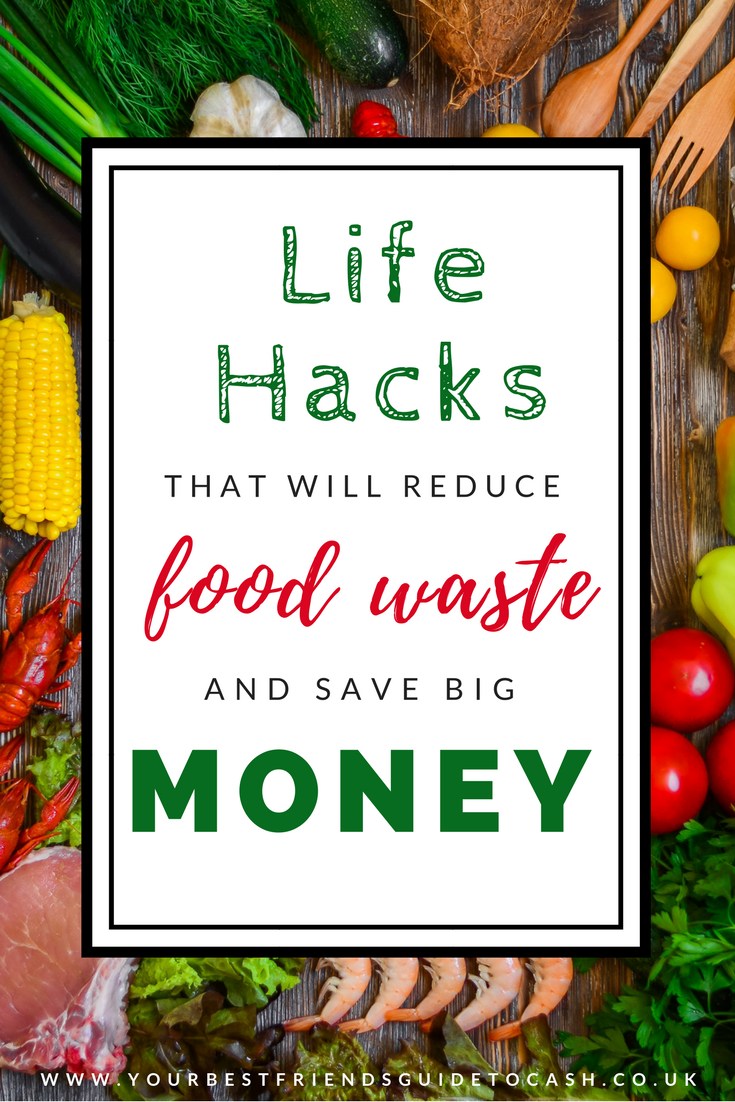 Yesterday, I cleared out our fridge so that I could put away the new groceries. It was only when my four-year-old daughter mentioned how much food I was chucking away that I realised that we’d become rather slack. Say what you want about the environmental impact, but here I was literally tossing our money in the trash.

And it seems that I’m not the only one who is wasting hard-earned cash on food we don’t eat: did you know that every day in the UK, we throw away nearly six million potatoes? Or that the average household throws out food worth £470 a year, rising to £700 for a family with children?

That’s the equivalent of around £60 a month, which could make a big dent in the cost of Christmas. Or if you’ve already finished your holiday shopping, I’ll put it into a different perspective: that £700 a year could pay extra luxuries such as a foreign holiday, a brand name handbag or even a cleaner for a few hours a week. Whatever floats your boat.

If you are skeptical about how much you are wasting, track what you throw away for one week. You’ll be surprised, trust me – and you’ll see that the value soon adds up.

To make matters worse, around Christmas, figures from the Waste and Resources Action Programme (WRAP), shows that the amount of food we throw away increases by 80%. This is partly because we are cooking for more people than usual and cannot judge the portions, and therefore our shopping lists, correctly.

If you want to stop wasting money on food you don’t eat, here are six ways to make it last:

Last week, it was announced that shoppers at the Co-op’s 125 East of England stores will be able to buy a range of out-of-date products for just 10p – saving around two million tonnes of food from being wasted at its stores each year.

The scheme just goes to show how much food that is perfectly safe to eat, is simply going in the garbage.

To do something similar, before you throw “out-of-date” food in the rubbish, carefullycheck the dates on the packaging.

The ‘Use By’ date, is about safety and the most important date to remember. Foods can be eaten (and most can be frozen) up until the use by date, but not after. You will see use by dates on food that goes off quickly, such as meat products or ready-prepared salads. For the use by to be a valid guide, you must carefully follow storage instructions.

I’ve been doing this one for years, as it means that I have a massive selection of vegetables and berries at my disposal and can just pull out a portion when I need them. This is especially useful when you have kids, and it means you can grab a wide variety of veg for your little one so they don’t get stuck in a rut of eating the same food.

Also, its handy as I seldom chuck anything out – half a stem of rotten cauliflower anyone? And all you have to do is take a quick look at the Tesco website to see that it makes financial sense too: a 220g pack of fresh Redmere Farms Green Beans costs 79p (£3.60/kg) while the frozen version costs just £1.10 for a 900g bag (or £1.23/kg) – a saving of 66%. The savings are similar when it comes to fruit: a 250g punnet of fresh blueberries sells for £3 (or £12/kg) at the supermarket, while you can head to the frozen aisle to get your hands on a 400g bag for just £2 (£5/kg ) – a saving of 60%. And let’s be honest, if you are making smoothies, it doesn’t make any difference if the berries are frozen or not.

What’s more, it turns out that frozen fruit and veg are actually better for you too.

I recently had a chat about this with my cousin Shannon Sponagle, a Nutritional Consultant in Lunenburg, Nova Scotia.

“While fresh, local veggies are ideal, they are hard to come by year-round, especially in more northerly climes,” she said.

“Much of our fruit and veg has to travel for several days to reach us and certain nutrients begin to degrade the minute the produce is picked. Frozen veggies are “flash frozen” at the height of ripeness and nutrient content and often contain more nutrients than their fresh counterparts.”

The extra icing on the cake? Shannon tells me that there are two recent studies which suggest that the content of certain antioxidants may actually be higher in frozen produce.

Despite what your granny may have told you, there is no time limit to how long food can be safely frozen for, so long as itis kept at -18°C and remains properly frozen. However, the taste and texture of food changes if it’s stored for too long, so you might well find that it’s not very nice to eat. Try to eat things within three months of freezing them, or sooner.

You can freeze pretty much everything. There are a couple of exceptions such as soft cheese, eggs in their shell and  cucumber – however this is not because of safety concerns, but rather that the texture of the product will change.

My friend Jamie is hard-core when it comes to reducing food waste – she even keeps an up-to-date inventory by using a whiteboard above her chest freezer so that she always knows what’s left in her freezer stockpile. Why not give it a try?

Freeze food in individual portions to save money and reduce waste. Since there are just the three of us in our house, we do this with meat and fish as soon as we get home from the shop. It only takes a minute, but the savings do add up.

What’s more, smaller portions will freeze (and defrost) more quickly and as the centre of larger portions takes longer to freeze, allowing harmful bacteria to grow, you could be avoiding any contamination.

Learn to store food correctly and not only does it reduce the risk of food poisoning – and no one wants any of that – it can also save you a bundle because it lasts longer.

If you want to make your cheese stay fresh, for instance, wrap it in a napkin soaked in salty water to prevent it from going mouldy.

Or if you are growing tired of throwing out rotten vegetables – and you have’t yet made the switch to frozen produce – line the crisper of your fridge with dry sponges to soak up the moisture that collects at the bottom of the drawer. When you notice that the sponges are wet, wring them out and leave them to dry before putting them back. Every now and then, soak them in warm water with a splash of bleach to stop them going mouldy.

6 MAKE A PLAN, AND STICK TO IT

My friend Robin has been meal planning for years and swears by it, both for saving money from reduced food waste and because it’s super convenient for her busy family.

“With two working parents and two kids, our evening meal can be hectic,” she says. “By planning in advance, my husband and I know exactly what we are having that night, which means that whoever arrives home first can start cooking right away.”

At the beginning of every month, Robin plans all the dinners by rotating 10–12 meals. Her rule of thumb is to have two fish dishes each week along with a turkey and chicken meal, while it is homemade pizza night on Saturdays. Why not give it a try?