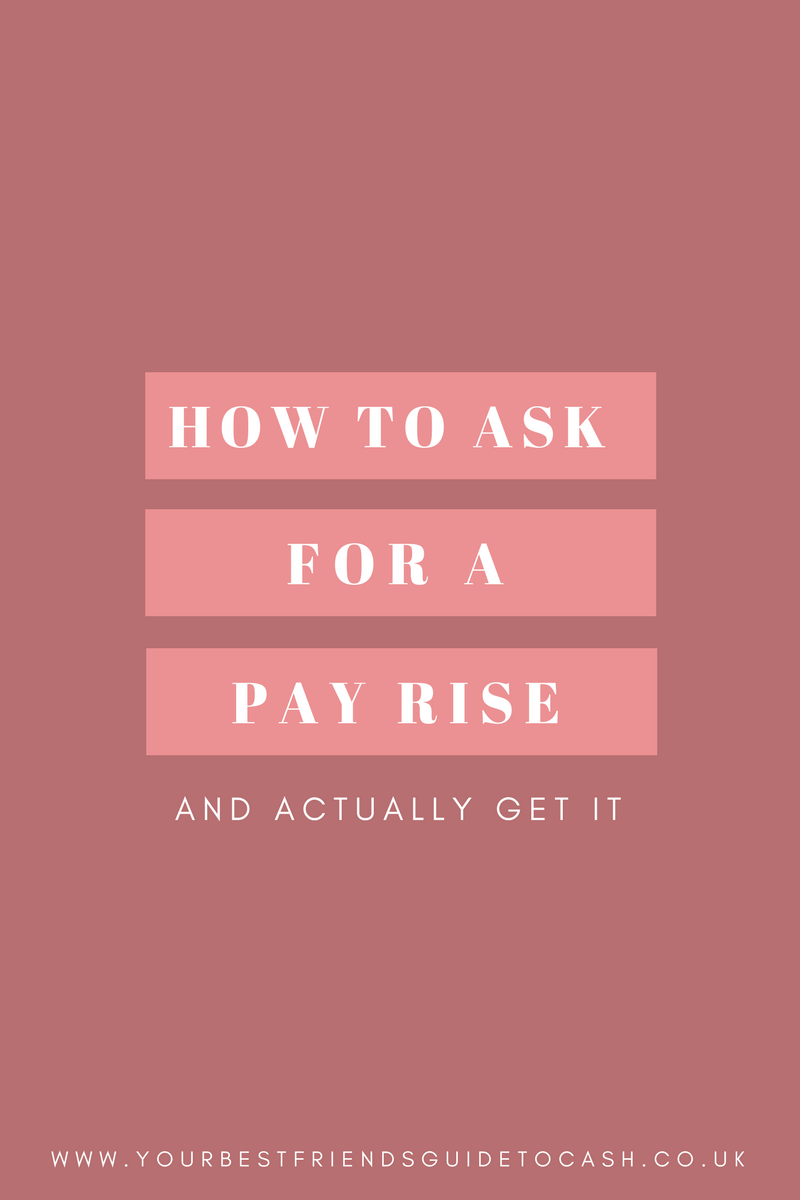 You are good at your job, and you know it. But when was the last time you asked to be rewarded financially for your hard work with a pay rise?

We all know that women still get paid less than men for doing the exact same job, with the latest figures showing that even before we have children, women earn about 10% less than men. And that gap keeps on getting worse in the years that follow.

By the time a first child has reached the age of 20, mothers earn almost a third less per hour, on average, than similarly educated fathers, according to research from the Institute for Fiscal Studies (IFS) undertaken for the Joseph Rowntree Foundation.

For a quarter of women who are paid less than their male counterparts, it’s because we take part-time work after having kids. Just a tenth of the gap is attributed to women taking time out of the labour market altogether for a prolonged period of time – whether it is for maternity leave or opting to be stay-at-home mothers.

I was only just chatting about this with one of my friends who is also a journalist – in the five years since she had her first child, she has seen her salary stay the same, but her husband’s has increased by 50% thanks to annual pay rises and two promotions. It’s enough to make my blood boil.

THE PAY-RISE GENDER GAP IS A REAL THING

But is not just the fact that we are paid less than men for doing the exact same work, but we women are more reluctant to ask for what we deserve.

Research from Indeed.co.uk, the job-hunting website, found that there is a ‘gender pay rise gap’ in the market, with just 38% of women planning to ask for more money in the coming year compared to more than half of men.

Asking for a pay rise can feel awkward, with the survey finding that more than a tenth of women say they are too embarrassed to discuss a pay rise with their employer; nearly three times the proportion of men who are put off by embarrassment.

It’s shocking and prehistoric, but it is a grim reality that many of us women are told that we must begrudgingly accept. But, unsurprisingly, I disagree. A lot.

I say, rather than stew about the injustice, why not try to reduce the pay gap in your office and ask for that bump in salary that you have been longing for – and most likely very much deserve.

As the old saying goes, the squeaky wheel gets the grease – here are five ways to do it successfully.

If you are thinking of asking your boss for a pay rise, make sure you get the timing right.

Calling a last-minute meeting when your boss has a jam-packed schedule or is on a tight deadline is likely to have a negative result. Similarly, asking to discuss pay when you are cross can also cost you the raise.

A better option is to time your meeting to coincide with your success. This can be anything from a recently completed project, acquiring a new client or if you have been recognised externally for your work through an award or a new qualification.

If this is not possible, you may do better to bide your time until there is. And don’t forget to look at the bigger picture – if your company has issued a profit warning, for instance, you are unlikely to get any extra cash so wait until a more appropriate time.

And don’t wait for your annual review, it is likely to be too late as budgets will already have been finalised.

So how much do you want? And what do you have to do to get it?

Before you attend the meeting, come up with an action plan. Sites like Glassdoor are good to help you to find out the market rate for your role and can be useful when your boss asks you for a figure. Present this information as a proposal up front and carefully present your achievements over the last year – and always keep your argument short, sweet and to the point.

3 Keep calm and carry on

It’s okay to be nervous, but try and hide your insecurity with confident body language.

Sit up straight, make eye contact with your boss and don’t fidget. Try not to waffle on, but speak slowly and deliberately, and use hand gestures to reinforce your points if this is your natural style.

It can be tempting to feel the need to fill in any silences or ramble, but it is better to wait for a response to your questions and put the onus onto your manager to respond. Practicing with your partner or a friend can help prevent you from getting too nervous and veering off-script.

Avoid making your request for more money personal. Do not use emotional reasons as the basis of your request or get confrontational. A successful negotiation for a pay raise is always based on your merit and accomplishments rather than why you need additional money. While your employer may care about you, providing additional money to fund your chosen lifestyle is not their responsibility.

Resist the urge to threaten that you will walk out if you do not get what you want as this is not only unprofessional and counterproductive, but it demonstrates a lack of commitment to the company. Plus, the employer may take you up on your offer.

5 Make the most of a refusal

If your manager turns down your request, ask what you must do to make yourself eligible as soon as the budget allows. Bear in mind that there is a big difference between an employee who is performing their job as expected and an employee who is giving their employer superior performance. Pay raises are based on the second. 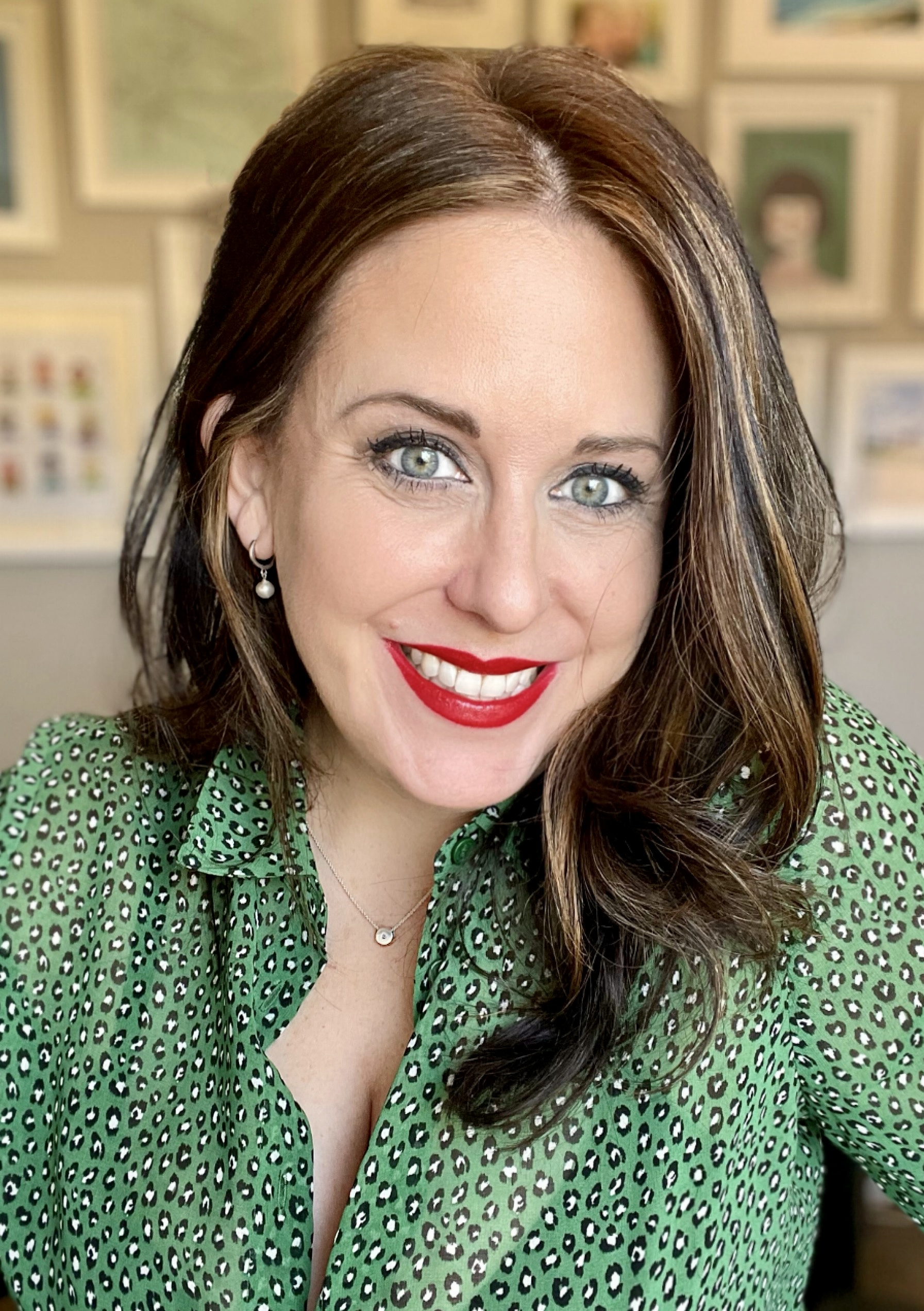 Kara has more than 15 years’ experience writing for national newspapers and magazines such as The Metro, Marie Claire, Good Housekeeping, Cosmopolitan, The Daily Telegraph, The Sunday Times, The Guardian, The Observer, The Sun and The Radio Times.

Originally from Nova Scotia, Canada, Kara lives with her daughter in West Sussex.